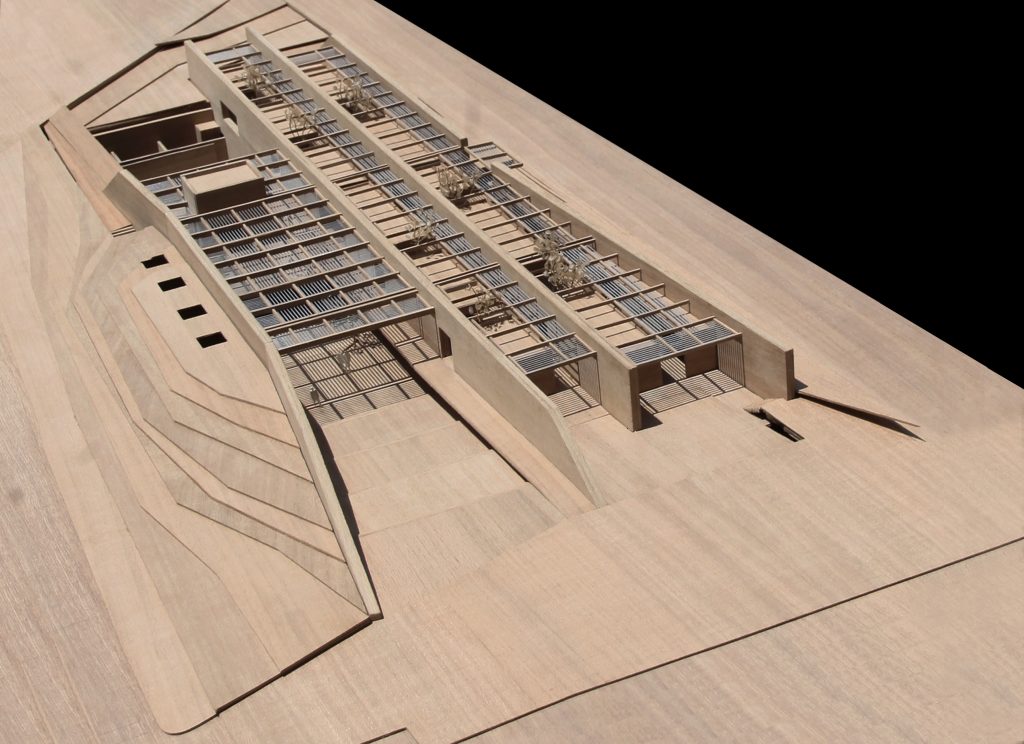 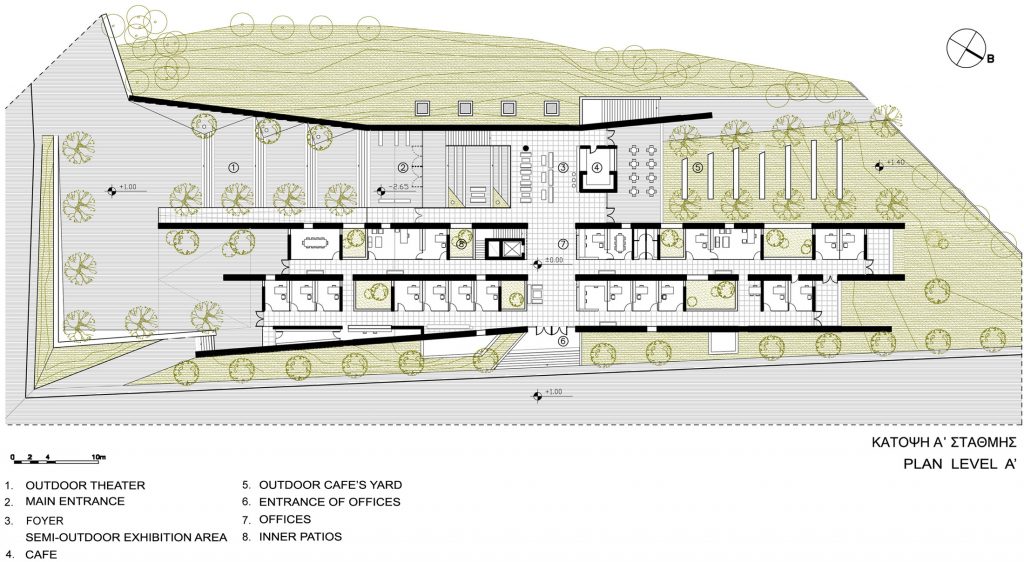 The Cultural Centre is located within the site of Classic Marathon Race Starting Place, at the eastern end, near the adjacent stream. Primary requirement of the design proposal was to follow the mildness and simplicity of built environment. This led in search of a low building that emerges from the ground, without outbreaks, in the spirit of the existing linear axes and configurations.
In practice, the claim for “absence of form” has led to an elemental idea of a “non-building”, a pergola. The structural syntax of the building is based on four long submerged walls – a kind of bearing walls embedded on earth – connected by a transparent grid, which is interrupted frequently by planted atriums. The alignments of walls define three zones–aisles, “positive vacuums” within which are born the overground and underground areas of functions, creating an introverted space with intensive views, illuminated from above.
In the first, broader zone, that houses cultural activities, soil is gradually lowering to implement the internal volume, with the large enclosed spaces “nesting” on earth. While the two narrower zones, which house the offices in a rhythmic structural sequence, incorporate the planted patios that allow natural light and greenery to infiltrate the body of the building. Thus, gradually, the interior of the building describes a “landscape of out”, offspring of an open and semi-open space architecture that is experiential and obvious in everyday life and the historical depth of the locus.
Finally, the proposal that was initiated by the need to seek the “genius loci” was led through the gradual abstraction, on most archetypal and diachronic issues, such as the cooperation between architecture, nature and the natural elements. To the necessary, the primary, the light, the transparency, the shadow, the alterations that measure time, issues that are timeless and non-place.
The building due to its design principles acquires an energy efficiency benefit, which is enriched by targeted technical solutions in response to the concept of sustainability.